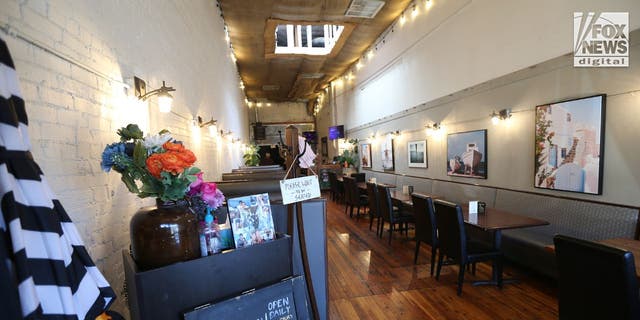 Brian Kohberger, the Idaho murder suspect, ate at a local Moscow restaurant where the two students he accuses of stabbing worked as waitresses, according to a new report.

A former Mad Greek employee told People magazine that Kohburger, 28, visited the restaurant at least twice and ordered a vegetarian pizza before the Nov. 13 quadruple murder.

“It sounds like he’s looking for a reason to go to a restaurant, and it’s not pizza.”

Madison Mogen, 21, and Xana Kernodle, 20, worked at the restaurant on South Main Street in central Moscow.

The employee said that Kohburger was different because it tested to make sure its food had not come in contact with animal products.

Timeline of the stabbing of University of Idaho students

Former FBI profiler Mary Ellen O’Toole said it was remarkable that Kohburger chose a restaurant with a strong focus on meat, given her strict vegetarian diet.

Her aunt told the New York Post that she would not eat food from a pot or pan that is used to prepare meat.

“It sounds like he’s looking for a reason to go to a restaurant, and it’s not pizza,” said O’Toole, who works in the agency’s prestigious behavior analysis unit.

It was not clear if Kohberger interacted with the victims or ate during visits.

PhD in Criminology Student is charged with the ambush and fatal stabbing; grain; Kaylee Goncalves, 21; and Ethan Chapin, 20, in an off-campus rental house on the morning of November 13.

People reports that a now-deleted Instagram account that appears to belong to Kohburger follows Mogen, Kernodal and Goncalves.

O’Toole said he wanted to know if he followed the women before they ate at the restaurant where two of them worked.

“If he had seen them there in person, that might have been enough to pique his interest, or he might have gone there because he had already identified them,” he said. “Either way, it is important. I’m sure the police are tracking their work schedules and whether they were there at the same time.”

Kohberger repeatedly messaged one of the female victims on Instagram in early October.

“He went to one of the girls’ DMs multiple times, but she didn’t respond,” the source told People. “Basically, it was just him saying, ‘Hey, how are you?’ But he did it over and over again.” The report did not say which victim she messaged.

Investigators are aware of Kohburger’s visits to the restaurant and have interviewed Mad Greek employees and owners. They also collected surveillance video from nearby restaurants and businesses.

O’Toole said that if all employees remember to order Kohburger and nothing else, it’s important.

“This shows that he doesn’t stand up as a monster and has the ability to fit in and be normal, which is what has allowed him to get along up to this point and make it easier for him to return to normal life after committing the murders.” allowed to go,’” he told Fox News Digital.

The Washington State University graduate student has been charged with four counts of first-degree murder and one count of robbery.

Kohberger has denied the charges through his lawyer and is being held without bail at the Latah County Jail in Moscow.